Trapping in Northern Saskatchewan During the Depression - The Recollections of A.L. Karras 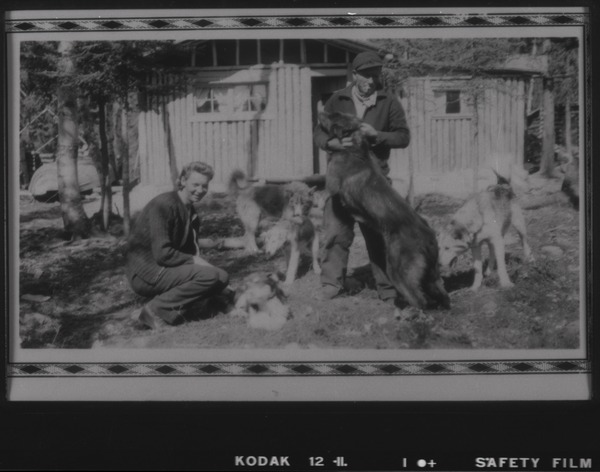 In October 1932, brothers Ab and Al Karras made the trek north to Big River with the hopes of establishing a trap line. Their hometown of Yellow Grass had been hit hard by the Depression and with little opportunity or hope left in the south, Ab decided to return north, this time with his brother Al. The price of furs was high, and one could make a decent living in the north, paying only for equipment, a grubstake for the year and hunting for remaining sustenance.The two brothers spent the next seven years returning to the areas around Cree Lake trapping and hunting until the market for furs began to fail and the Depression loosened its grip on the prairies. 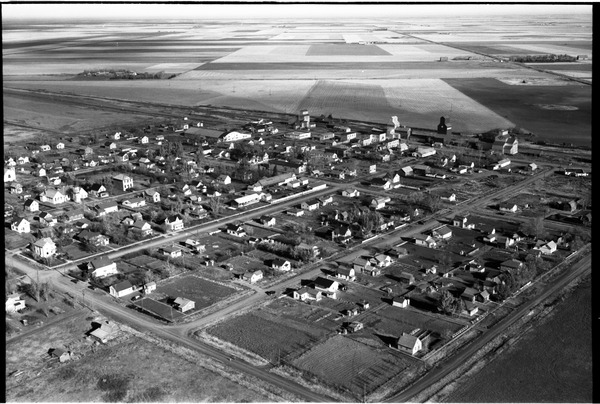 Big River was known as the “Gateway to the North” - it was the northernmost stop that could be accessed by those coming from the south via train, and could take one all the way to the Arctic and anywhere in between by way of the many navigable waterways. 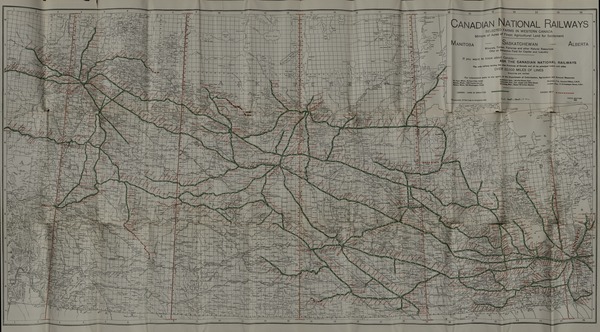 Forestry had dominated the areas around Big River prior to the Depression, but activity had since collapsed due to a series of devastating forest fires. 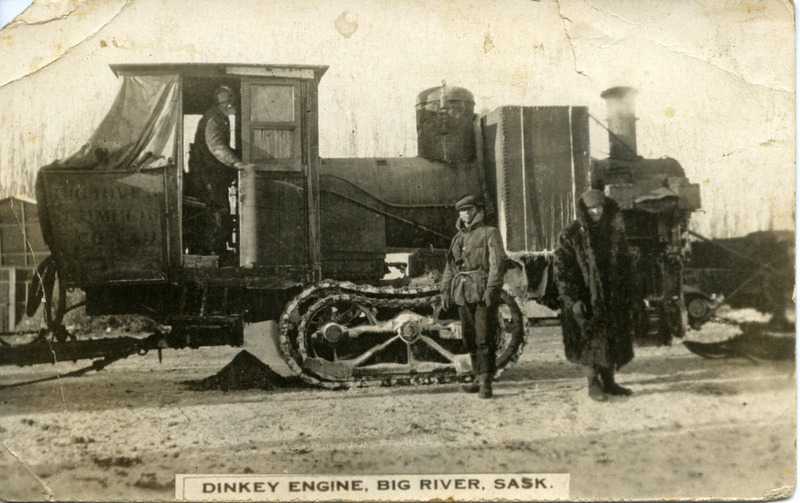 Large fisheries operated out of the town and some people engaged in freighting and small scale logging. Those passing through the town during the 1930s who were on their way to the traplines in the north supported the local businesses - four general stores, boarding house, hotel, post office, school, church, hospital and warehouses for fish and furs. 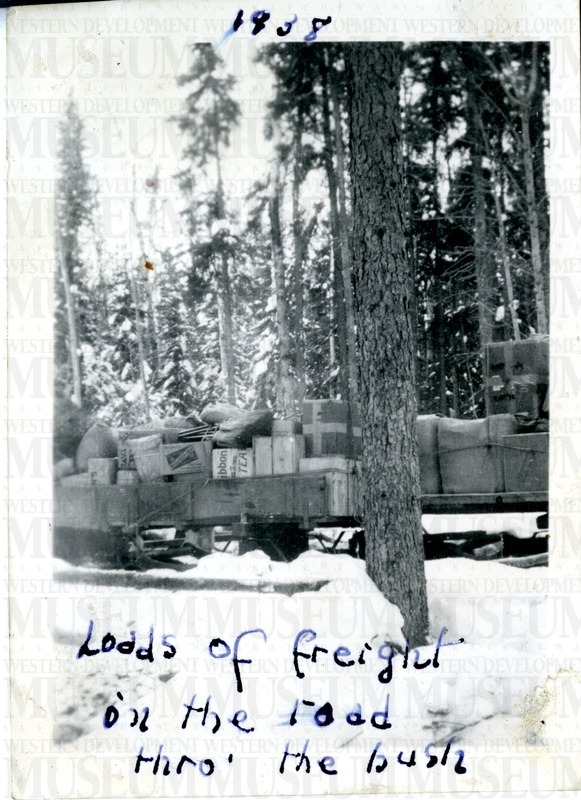 Once a winters worth of supplies were purchased in town and loaded into skiffs and canoes, the Karras brothers began their journey further north. From Big River through Patuanak Lake along the Mudjatik River, through Sandy Lake, Gwillim River, Stony Narrows through Leavitt Bay and into Cree Lake then finally to the Karras River leading to Karras Lake - named for the brothers. 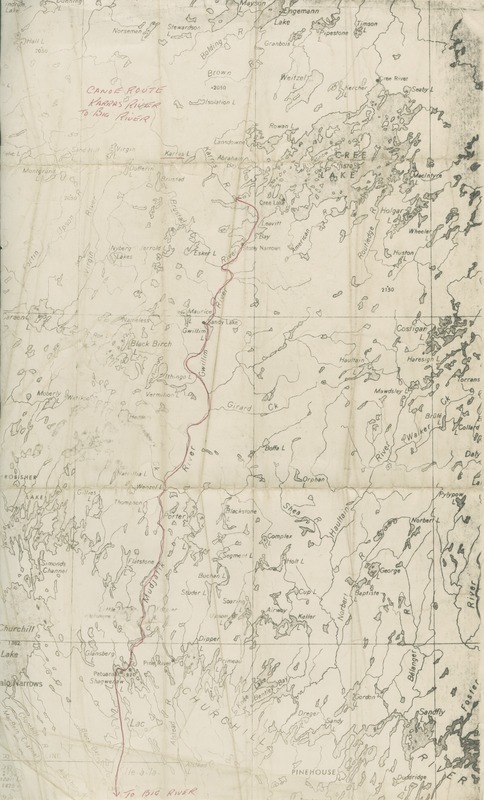 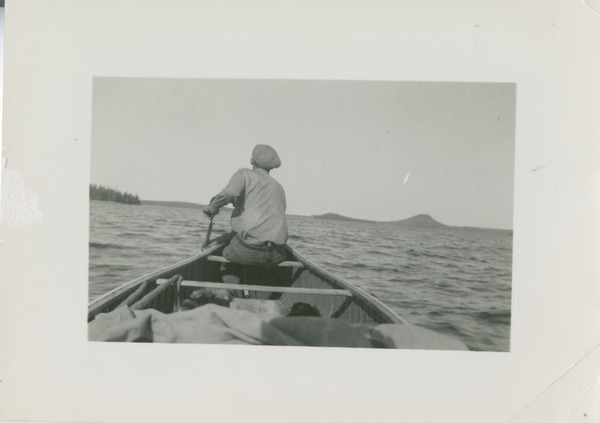 Grubstake and supplies for two men for one winter on the trapline included: 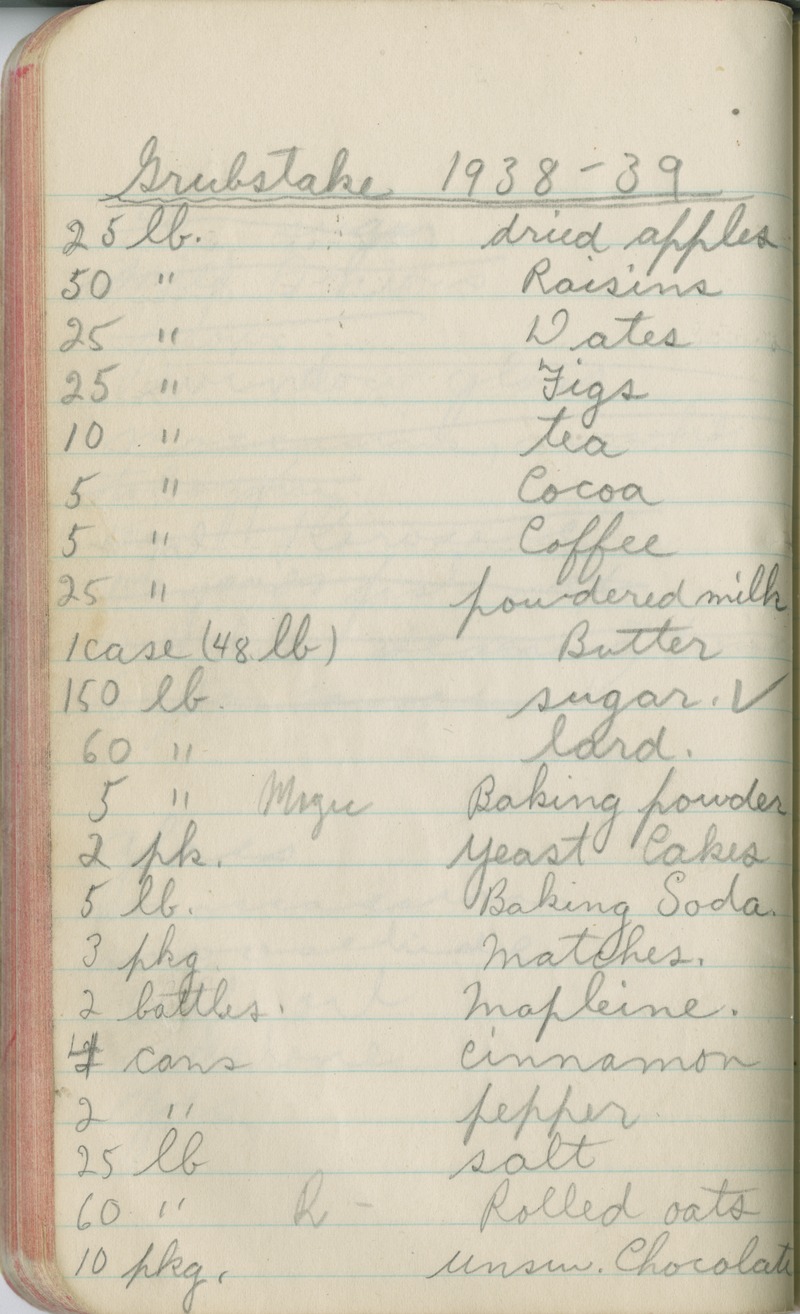 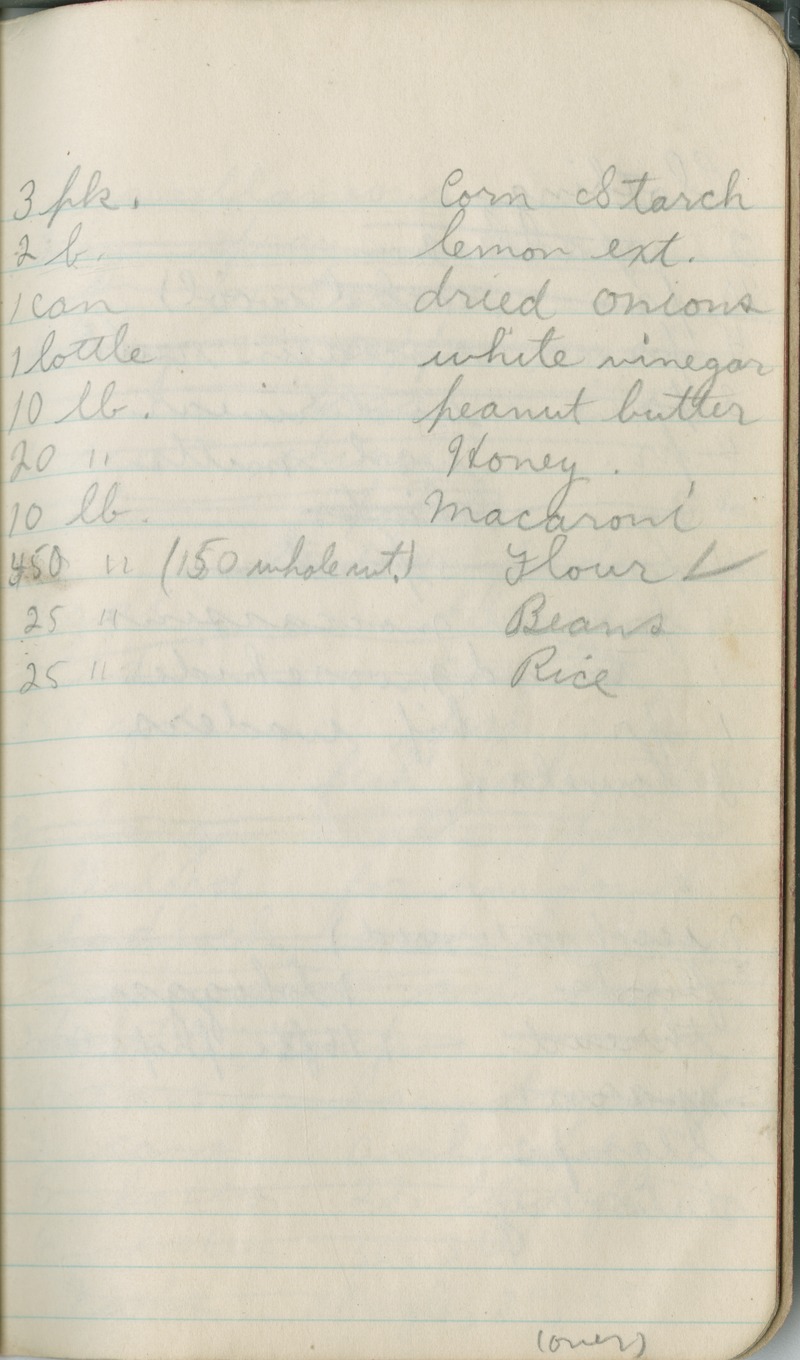 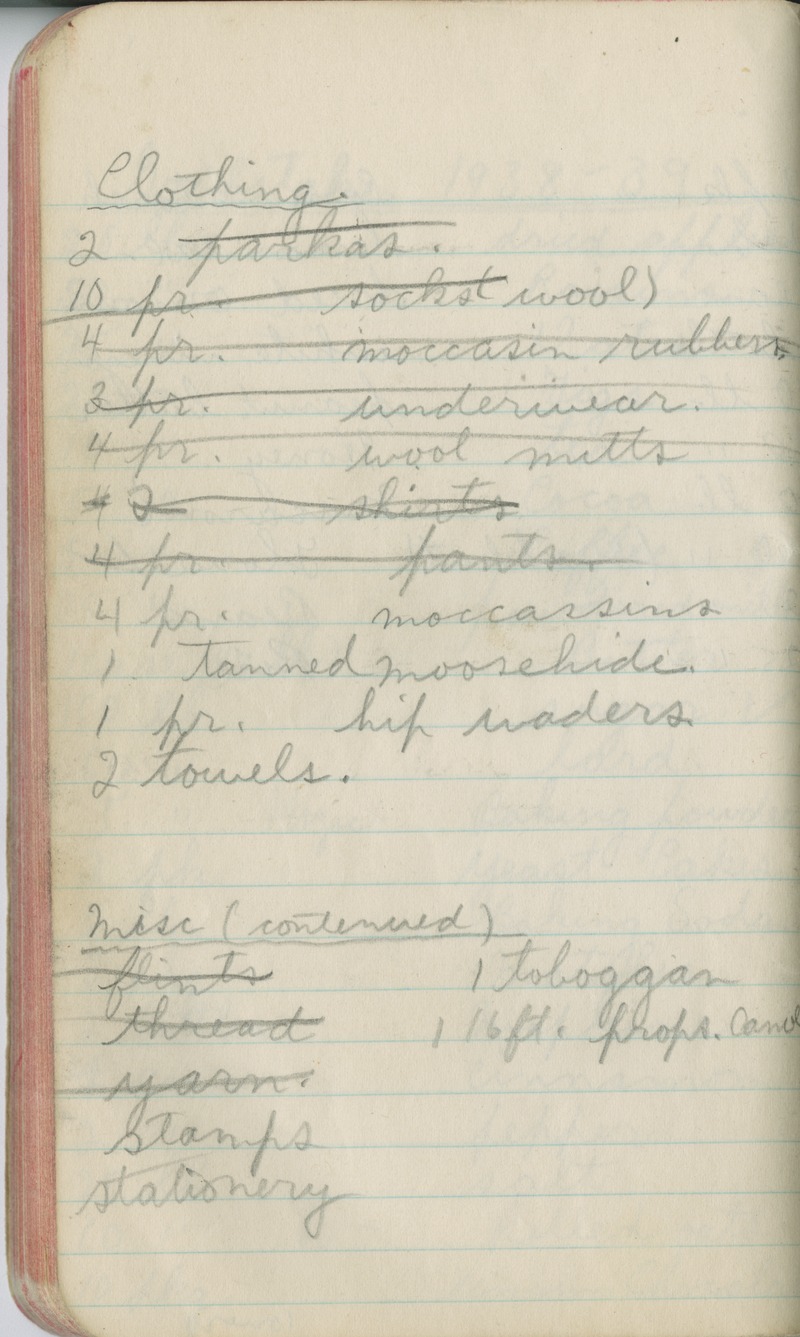 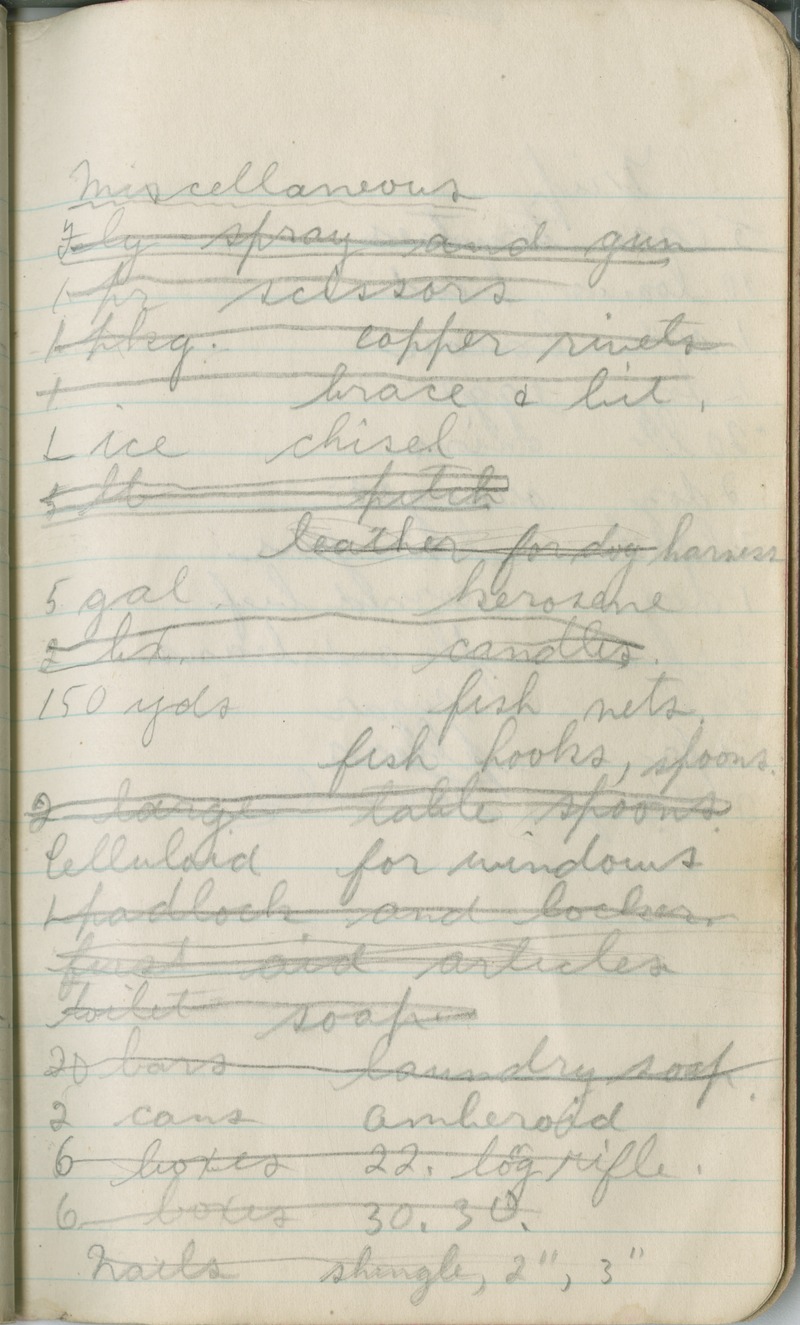 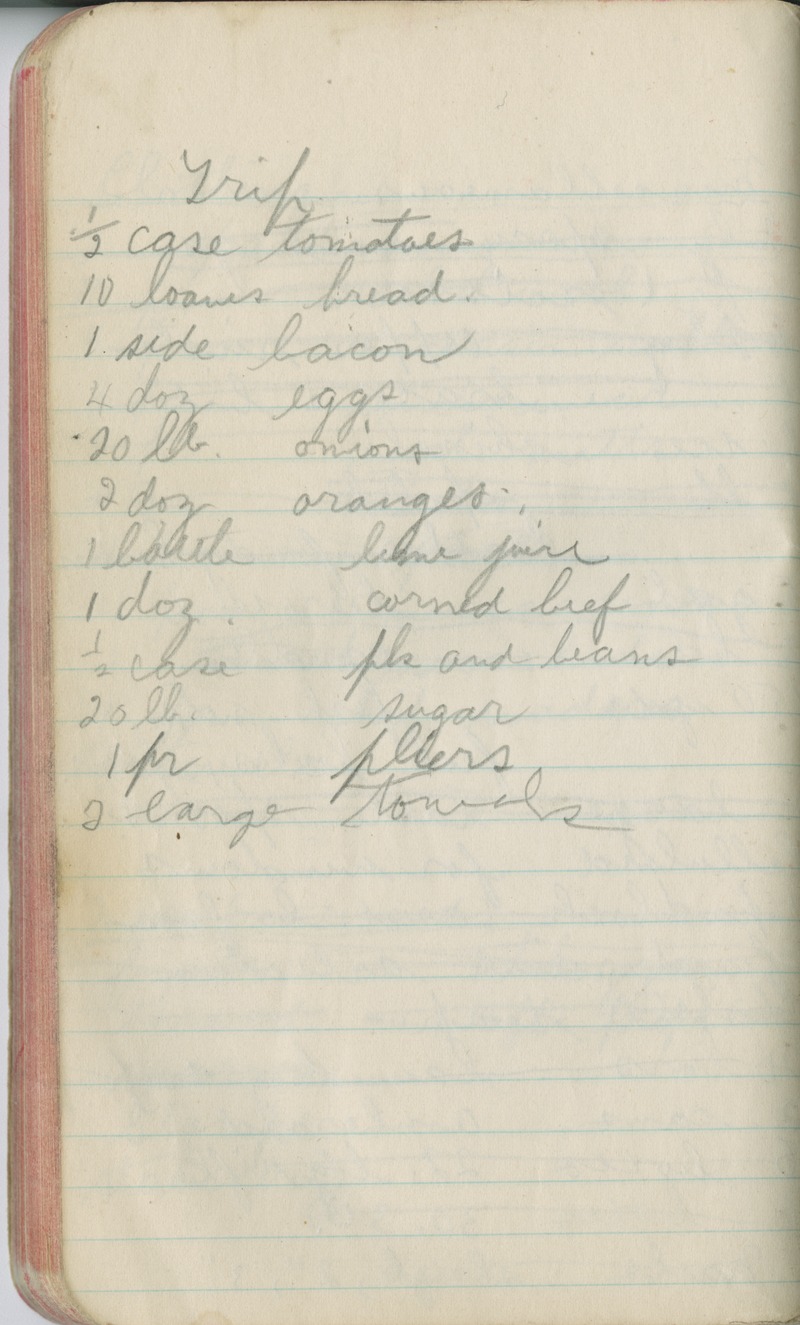 All items had to be paddled and portaged to the final destination - the trappers cabin - less than 1 kilometer shy of a 400 kilometer journey. 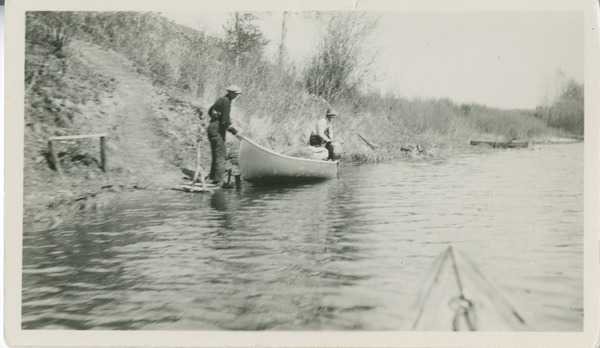 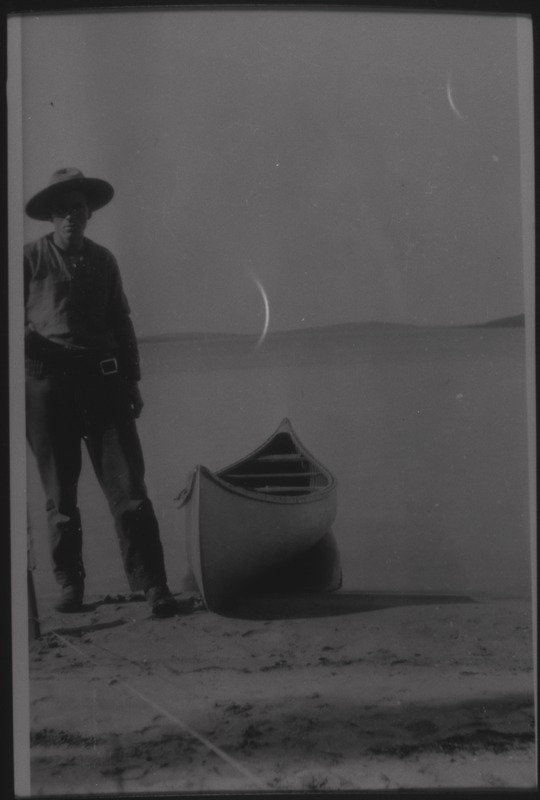 Remaining food had to be hunted, fished or foraged to supplement the supplies for the remainder of the season. Most of the time the brothers ate well - there are mentions in Al’s diary kept from the 1937-1938 season of Ab baking angel cake, a recipe for “Mulligan Stew” (2 fat ducks, macaroni, rice, cooked bean, salt, pepper, vinegar), wild blueberry pies and an entire chapter in his book North to Cree Lake dedicated to “Memorable Meals” (Karras 1970:21). 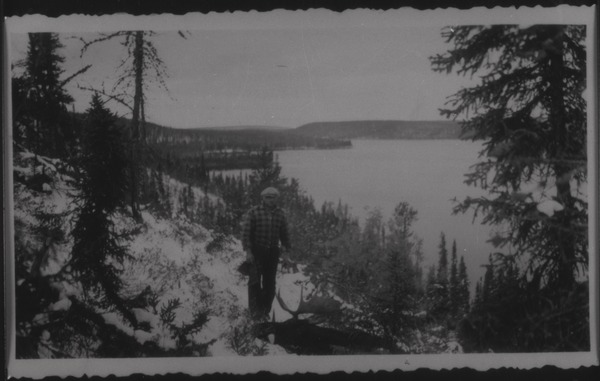 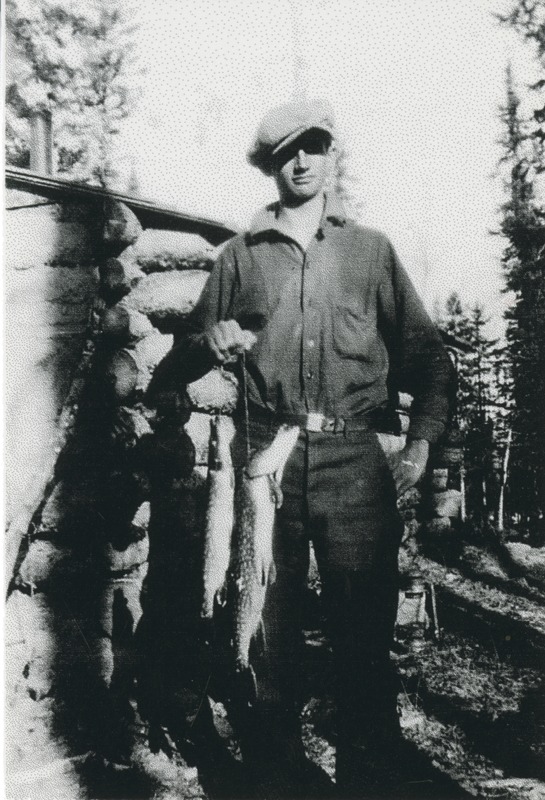 In addition to feeding themselves for the winter, the brothers also had to ensure their four sled dogs - Meg, Cap, Duke and Snuff - had enough food to perform well in their task of hauling supplies on the traplines. These supplies included “bedroll, axe, rifle, traps, bait, and grub box, and other essentials for life on the winter trail that often included a tent and a small stove” and “…heavy loads of meat…unskinned carcasses...fish…firewood...mail…canoe…outboard motor, gasoline…”(Karras 1970:140-141) - nearly everything. The life of a trapper would have been much more difficult without the invaluable assistance of their sled dogs. 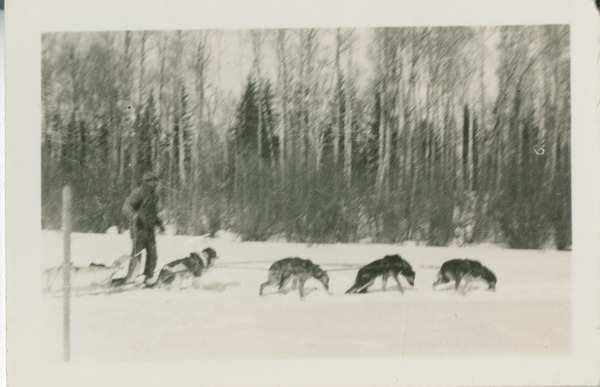 Depending on the season and availability, the dogs ate either meat in the winter, fish in spring, summer and fall, the latter causing difficulties such as tapeworm with Al mentions in his diary as having treated with “tapeworm capsules” (Karras 1937:4). Northern sled dogs also faced distemper, frost bitten and lacerated feet and sometimes starvation if lost or abandoned. They were also lifesavers - Al mentions in North to Cree Lake a time where blowing snow obscured any landmarks in the bush, so they allowed their head dog Cap to lead them home. He succeeded and drove the sled straight through the front door of the cabin (Karras 1970:147). 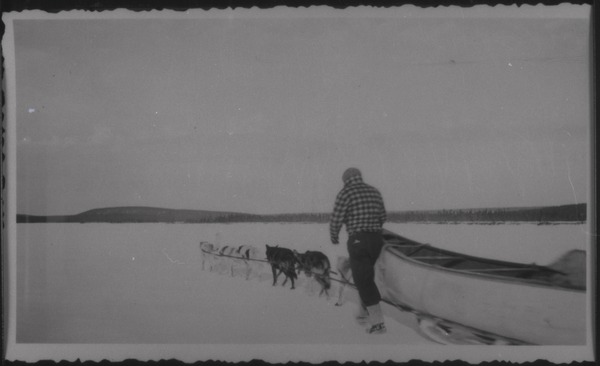 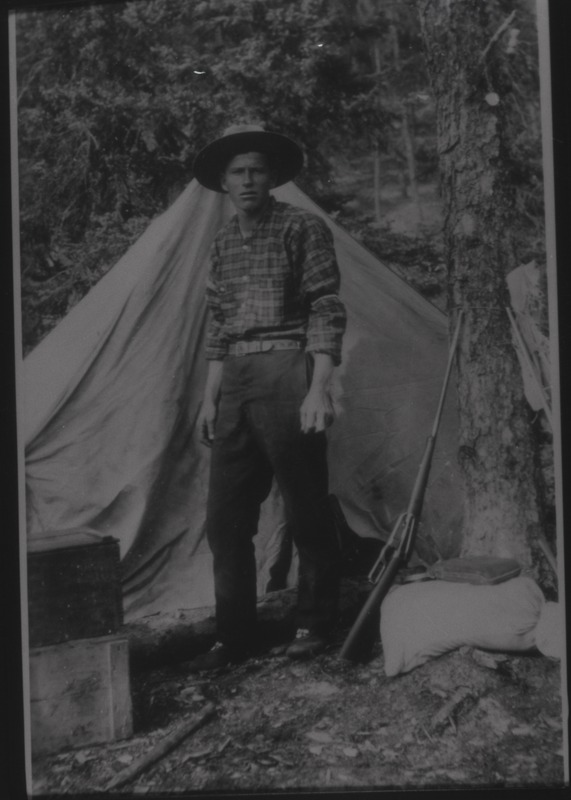 Al also mentions many interesting run-ins with wildlife. North to Cree Lake has numerous chapters dedicated to stories of moose, foxes, otters, caribou, beavers, ducks, wolves, bears and fish. The brothers used all of these animals to feed and clothe themselves and make a living off of their furs. Al recollects these stories with great respect for the animals. 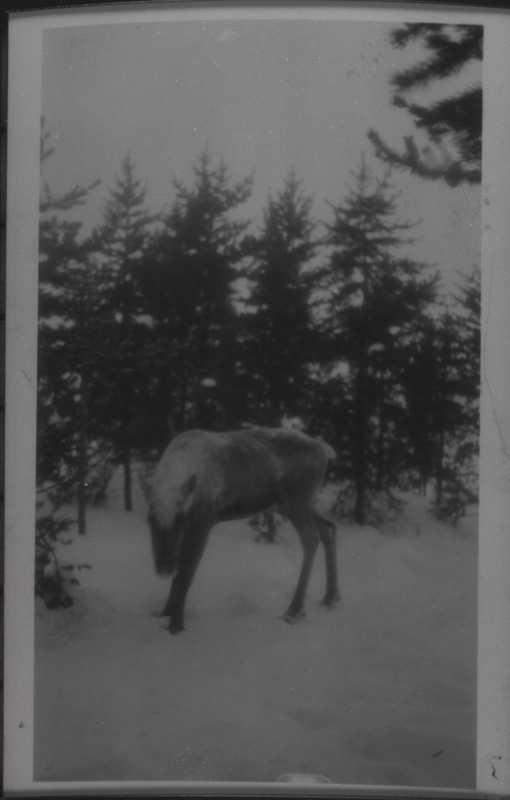 Al Karras published many stories about wildlife he and his brother experienced first hand, or those tales heard from other trappers, such as this article about a man’s contact with timber wolves: 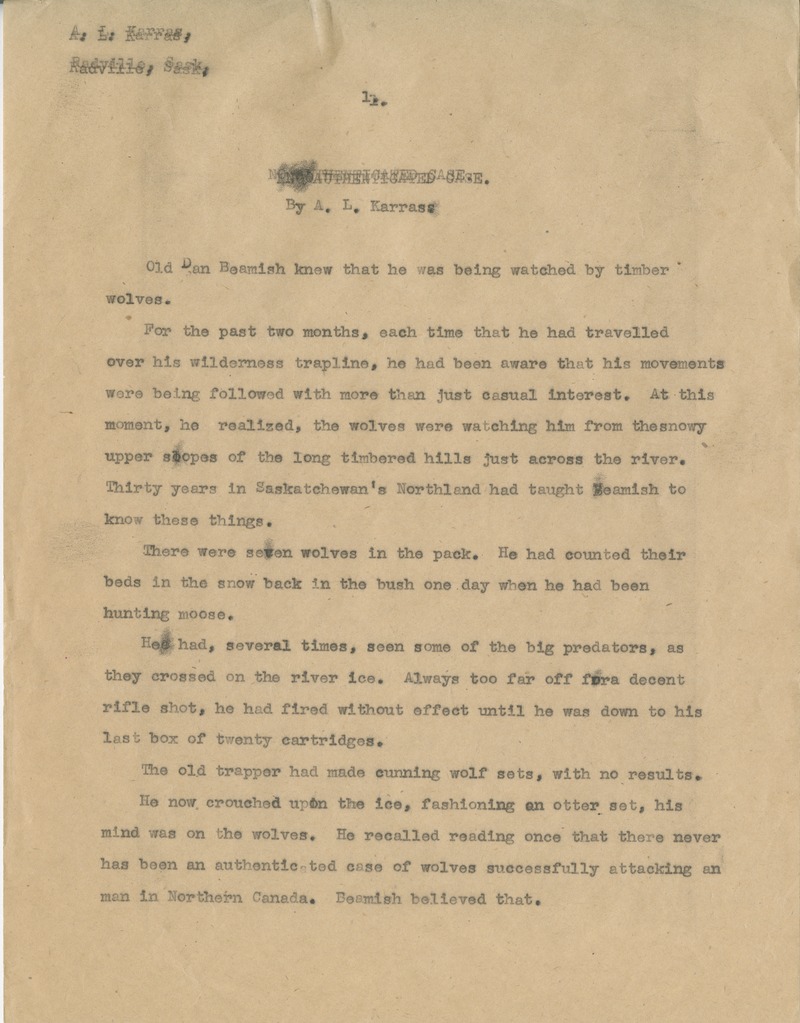 Although working a trapline in Northern Saskatchewan was a solitary undertaking, the trappers in the area often stopped by the small cabins for company and news - listening to the radio, playing cards and sharing stories and tips. 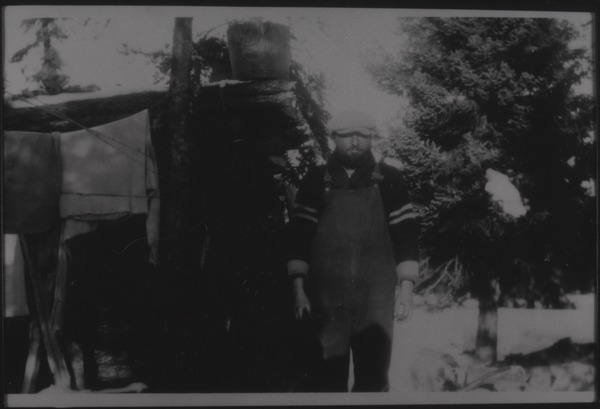 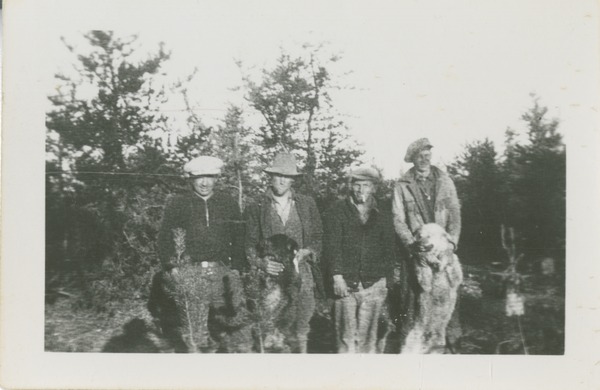 Trappers also relied on each other for assistance, freighting goods to and from Big River for one another or dealing with more serious issues. Chapter 20 - “The Devil’s Visit” in North to Cree Lake (Karras 1970:223) tells the harrowing story of a man trying to care for his brother alone in their cabin after a psychotic break. When the Karras brothers finally looked in on their neighbors whose cabin was a full day of travel south, the brothers had already spent weeks alone in - 60 degree weather. Seeing the seriousness of the situation, Ab and Al sent word to other trappers along the “moccasin telegraph” that help was immediately needed and stayed with the brothers until the Goldfields plane arrived to fly the two south. 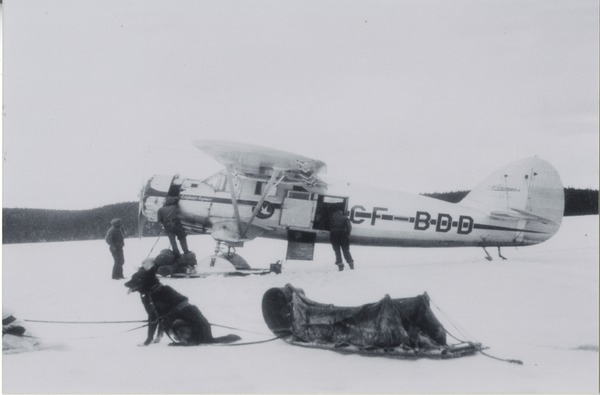 Ab and Al trapped around Cree Lake until fur prices dropped in 1939. They made the decision to return south - canoeing and portaging their way back to Big River and drove to Prince Albert. Al and his son Jim returned the area to visit in 1968, only to find it forever changed by road access, logging activity and dams. 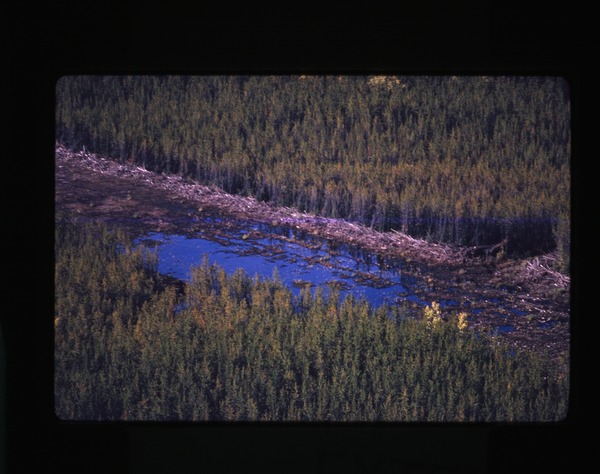 Al’s experience in the north provided him with much material to write numerous books and articles later in his life. His diary from this period is a fascinating read, and the notes within provided the basis for his book North to Cree Lake. 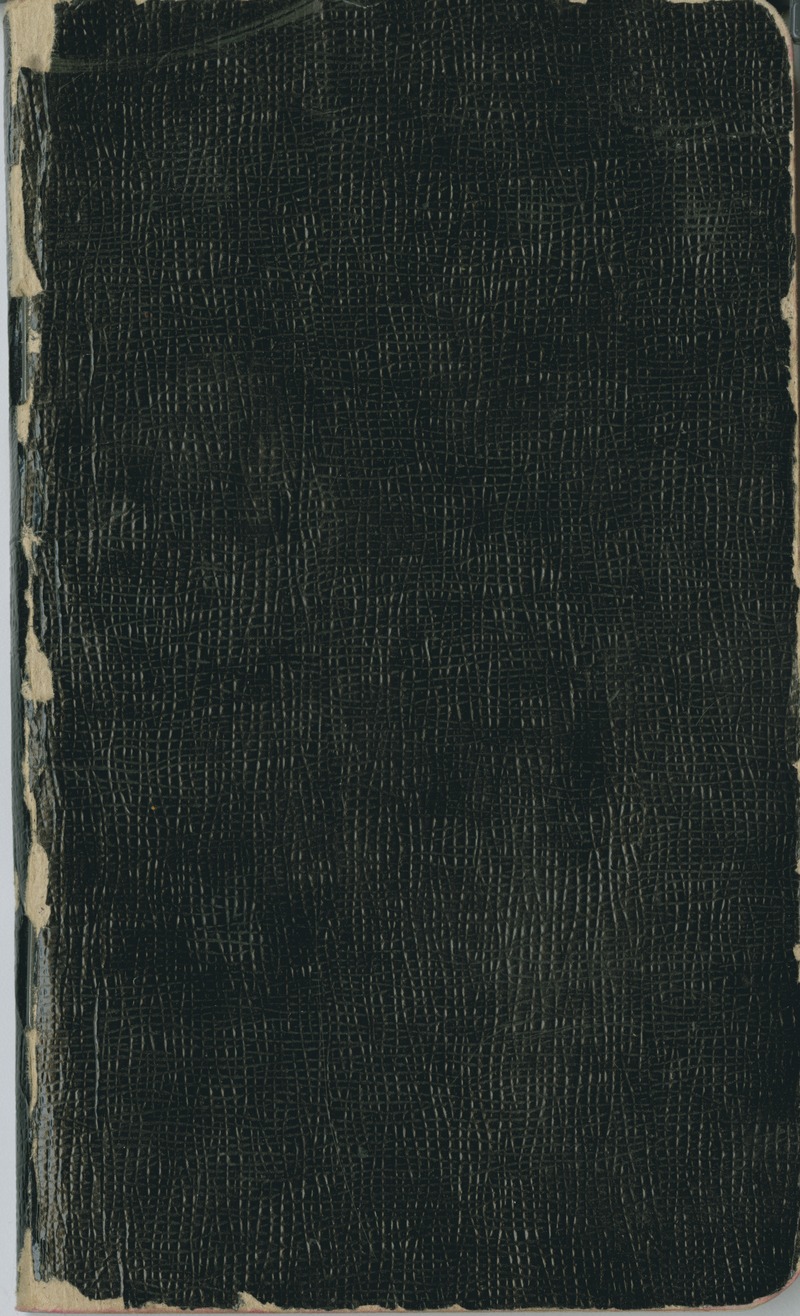 The book was an immediate hit and Al tracked its success in his personal scrapbook: 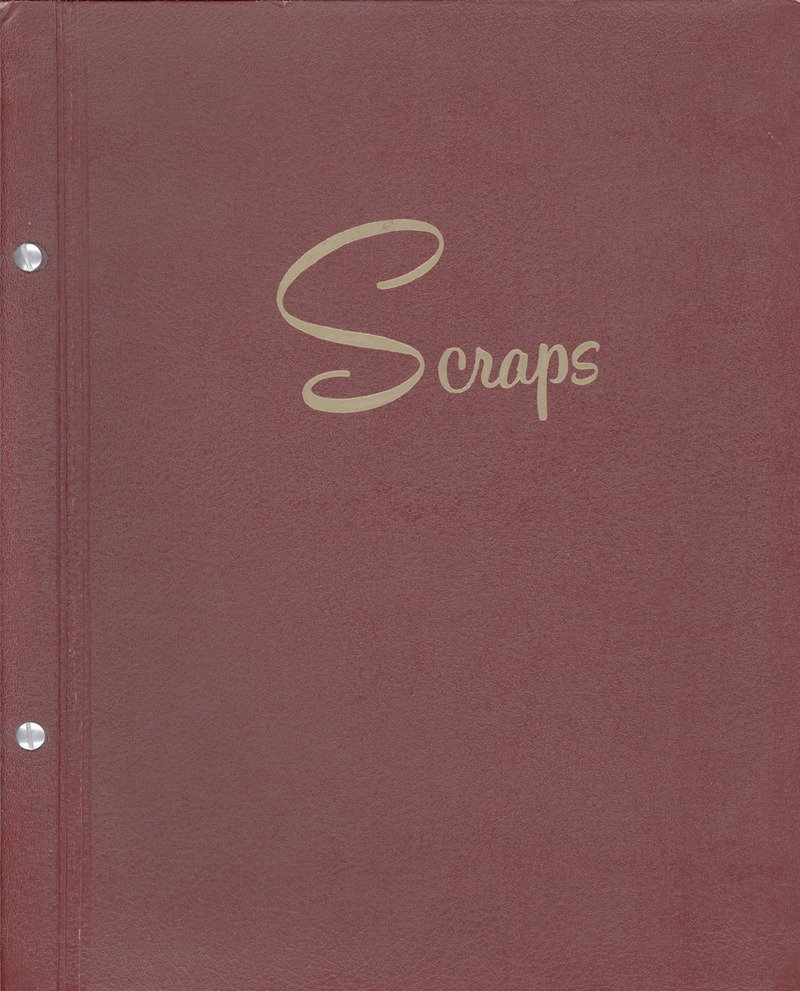